Disability Rights in the Gig Economy — Everything You Need to Know 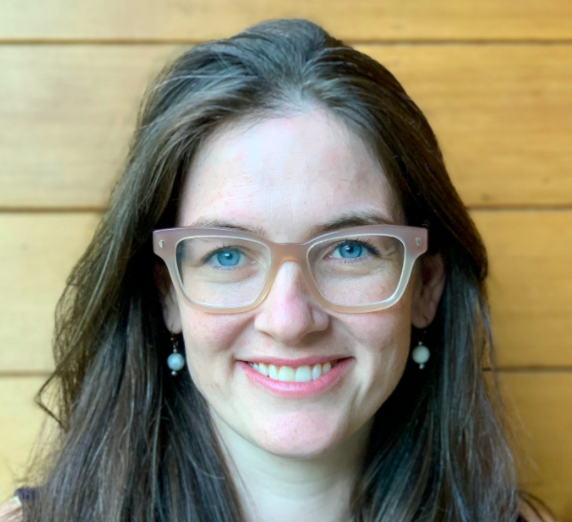 For people who receive, or are planning to receive, disability benefits, money is often top of mind. Many disabled people who receive benefits seek additional income by working part-time. Traditionally, earning extra income without violating the work-related qualifications for benefits has been a headache. However, one modern sector has changed the game for flexible working around the world — the gig economy.

While gig work has opened up new opportunities for people with disabilities to make extra income, it is not without its shortcomings. If you’re applying or receiving disability benefits but are curious about making some extra money with a side gig, there are some important things you need to know first. This article will unpack the pros and cons of working in the gig economy with a disability — including the rights you have, the rights you don’t have, and how to protect yourself from a legal perspective.

What is the gig economy?

Whether for personal or practical reasons, full-time work doesn’t suit everyone. While part-time and casual positions exist in many industries, they still require a degree of commitment to someone higher up. So, what’s the alternative for people who want or need maximum flexibility and control over their work? The gig economy.

This new frontier is a labor market staffed heavily by independent contractors and freelancers who can come and go as they please. However, with this freedom and independence comes a lack of job security.

You’ve probably encountered gig workers in your day-to-day life. The Pew Research Center found that as of 2020, 16% of Americans had made money from an online gig platform. If you’ve hailed a ride on Uber or Lyft, nabbed something tasty from DoorDash, enlisted help with chores via TaskRabbit, or bought something from Etsy, you’ve supported people working in the gig economy. The gig economy uses digital platforms to connect people to goods and services in a fast, convenient way. This speed and ease of access is the main thing that separates gig work from traditional freelance, independent, or contract work.

The semantics of your role

What’s in a name? When it comes to working in the gig economy — quite a lot. In the context of labor and employment law, worker classification in the gig economy separates workers into either employees or independent contractors. The Equal Employment Opportunity Commission (EEOC), Department of Labor (DOL), Internal Revenue Service (IRS), and courts consider a variety of factors when making the distinction. Whether you are an employee or an independent contractor has an impact on your rights as a worker, which we’ll cover in detail later.

Who works in the gig economy?

Due to its flexibility, the gig economy attracts people from widely varying demographics around the U.S. Velocity Global has collated a number of fascinating statistics that examines who works in the gig economy and why they do it. For example, 59 million Americans freelance in some capacity — that’s a whopping 36% of the country’s workforce! Of these gig workers, 56% do it on the side to supplement their main source of income. While ride-sharing and asset-sharing platforms like Uber and Airbnb clock in 88% of the global gig economy gross volume, there are other sectors on the rise — 50% of global freelance workers are providing skilled work like computer programming, counseling, IT work, or marketing.

On average, people with lower incomes are more likely to seek out gig work. This correlates with the fact that 44% of freelancers report that they are also caregivers, and 33% report having a disability present in their household. With 20% of gig workers ticking over the age of 55, the industry is also a preferred option for older folks. Despite its popularity as a source of income, only 40% of American gig economy workers have access to medical insurance.

There are some strong positives to the gig economy for those living with disabilities. We unpack some of the main points below.

There is a large degree of freedom and flexibility in gig work for people with disabilities. Managing your own hours, taking time off as needed, and not having a boss bearing down on you are perks for anyone, but these freedoms are particularly important for disabled people. Gig workers with disabilities will likely require doctor’s appointments, therapy, counseling, or emergency medical care. These things are much easier to accommodate when you set your own hours. This selectivity can also help prevent burnout or performance pressure associated with traditional nine-to-five roles.

There are different success metrics in the gig economy that help eradicate some bias present in more conventional roles. Gig economy roles are about results instead of processes — as long as your deadlines are met, it doesn’t really matter how you get there. Service providers in the gig economy hire based on reliable performance, so this reduced engagement bias means that people with disabilities are less likely to be discriminated against.

While freedom and flexibility are a boon to folks with disabilities looking for work, there are some downsides to the gig economy. We outline some common stressors below.

Even though it’s come a long way, some vital industry technology is still not accessible and inclusive. For example, workers who require screen readers can’t access buttons if they’re not labeled properly for their technology or access and offer their services on apps. Many apps also don’t offer compatibility with hearing aids, compounding the problem for hard-of-hearing folk.

As of 2021, courts ruled that gig workers are not technically employees. This distinction means that gig workers, classified as contractors, miss out on benefits like paid vacation time, health insurance (which is critical for people with a disability), social security, retirement plans, and unemployment. Gig workers on disability benefits also need to maintain strict earning caps to make sure they don’t impact their eligibility for programs like disability benefits, Medicaid, and Section 8 housing.

Most gig work is paid at a “piecemeal” rate as opposed to an hourly rate, where each small task is quantified. Something that’s easy for an able-bodied person — like getting out of a car to deliver an Uber Eats order — may take a disabled worker much longer, yet the two workers are assessed in the same way. This timeline difference, as well as the app's cut from your total earnings, has a big impact on your take-home pay.

Your legal rights in the gig economy

Will working in the gig economy prevent you from getting disability benefits? The short answer is no, but there are some rules to follow. If you’re on Supplemental Security Income (SSI) or Social Security Disability Insurance (SSDI), your job is subject to hours or earnings caps. Basically, if you work too many hours or earn over a certain amount, your benefits may be revoked. Working beyond a certain threshold can also impact your application if you are starting from scratch with disability benefits, so it’s always best to check with a legal professional to iron out any kinks before you start the process.

There is a technicality with SSDI where the gig economy can work in your favor. If you’re currently capable of working but think you may need to apply for benefits down the road, the piecemeal nature of gig work makes it easier to self-regulate your earnings. To qualify for SSDI, you need to have worked 5 out of the last 10 years and have paid taxes. So if you can't find employment elsewhere, the gig economy can be a good way to meet that technical qualification for the program.

Feeling confused? Atticus has a comprehensive guide to working and applying for disability that can further clarify these points.

How to protect yourself in the gig economy

If you’re considering applying for benefits while working in the gig economy, it’s always best to check that you’re doing everything legally. Navigating disability benefits can be tricky, and when you add potential income into the mix, things can get downright confusing. The team at Atticus has practical, up-to-date experience helping folks with disabilities apply for benefits without jeopardizing their potential earnings with gig work.

You can chat with legal professionals from Atticus free of charge to get expert help and advice. If you’re about to start your journey with benefits and gig work, make sure you’re protected — get in touch with Atticus today.

Jackie Jakab, AttorneyJackie Jakab is Atticus’s Legal Director. She’s a licensed attorney, a graduate of the University of Chicago Law School, and has counseled thousands of people seeking disability benefits.

At the bottom of many websites, you'll find a small disclaimer: "We are not a law firm and are not qualified to give legal advice." If you see this, run the other way. These people can't help you: they're prohibited by law from giving meaningful advice, recommending specific lawyers, or even telling you whether you need a lawyer at all. Most make money by selling advertisements or hawking your personal information to the highest bidder.

There's no disclaimer here: Atticus is a law firm, and we are qualified to give legal advice. We can answer your most pressing questions, make clear recommendations, and search far and wide to find the right lawyer for you. It's not easy: being a licensed law firm subjects us to complex regulations and requires painstaking work. But it's worth it, because it means we can truly help our clients as they take on life's biggest challenges. Others can't.

Two important things to note: If we give you legal advice, it will be through a lawyer on our staff communicating with you directly. (Don't make important decisions about your case based solely on this or any other website.) And if we take you on as a client, it will be through a document you sign. (No attorney-client relationship arises from using this site or calling us.) If any of this isn't clear, please reach out: we're always happy to explain more.